Flies in your metadata (ointment)

Quality metadata is foundational to the research nexus and all Crossref services. When inaccuracies creep in, these create problems that get compounded down the line. No wonder that reports of metadata errors from authors, members, and other metadata users are some of the most common messages we receive into the technical support team (we encourage you to continue to report these metadata errors). We make members’ metadata openly available via our APIs, which means people and machines can incorporate it into their research tools and services - thus, we all want it to be accurate.

How I think about ROR as infrastructure

The other day I was out and about and got into a conversation with someone who asked me about my doctoral work in English literature. I’ve had the same conversation many times: I tell someone (only if they ask!) that my dissertation was a history of the villanelle, and then they cheerfully admit that they don’t know what a villanelle is, and then I ask them if they’re familiar with Dylan Thomas’s poem “Do not go gentle into that good night.

Seeing your place in the Research Nexus

Having joined the Crossref team merely a week previously, the mid-year community update on June 14th was a fantastic opportunity to learn about the Research Nexus vision. We explored its building blocks and practical implementation steps within our reach, and within our imagination of the future. Read on (or watch the recording) for a whistlestop tour of everything – from what on Earth is Research Nexus, through to how it’s taking shape at Crossref, to how you are involved, and finally – to what concerns the community surrounding the vision and how we’re going to address that.

TL;DR A year ago, we announced that we were putting the “R” back in R&D. That was when Rachael Lammey joined the R&D team as the Head of Strategic Initiatives. And now, with Rachael assuming the role of Product Director, I’m delighted to announce that Dominika Tkaczyk has agreed to take over Rachael’s role as the Head of Strategic Initiatives. Of course, you might already know her. We will also immediately start recruiting for a new Principal R&D Developer to work with Esha and Dominika on the R&D team.

2 minute read.
Note: This experiment has been retired. This description has been kept for reference, but many of the links and/or services that appear below no longer work.

You might also be interested in this handy resource for determining if you should be using QR Codes.

QR Codes are a form of barcode that can be easily scanned and used by mobile phones, web-cams, etc. A QR code can include encoded data, so, for instance, they are often used in Japan and other countries to encode URLs for display in magazines, on billboards, on packaging, etc.

For example, the following is the QR Code for the article “Strategic Reading, Ontologies, and the Future of Scientific Publishing” by Allen Renear and Carole Palmer. 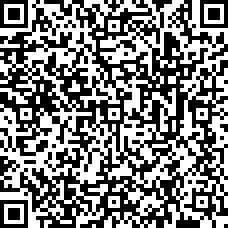 The API is pretty straight-forward and is of the form:

So the URL to generate the above QR Code was:

If you want to try out this technology, you might try installing the iPhone application QuickMark from the Apple app store.

Note that the API doesn’t currently let you vary the size or encoding level of the QR Code. If there is enough interest in this functionality, we might add it.

So what can the qr-encoded Crossref DOI be used for? Damn if we know. Minimally, they could be added to the cover pages of PDFs so that researchers could easily bookmark a link to any paper articles they are reading. Perhaps they could also be added to the posters on poster sessions at conferences? Heck, maybe we could persuade researchers to print the QR-codes of their publications on t-shirts that they could then wear to conferences…

But seriously, we did this because it was easy and pretty cool. We’re not sure of the applications yet, so that’s why we thought we should release it and see what people can think of.